Today, Focus Home Interactive reveals its exciting new E3 2016 line-up filled with titles and new announcements. Here is the list of the games you will be able to see (behind-closed doors presentations made by the developers) or try at our booth (West Hall 5200), at E3 in Los Angeles from June 14 to 16.

Vampyr (PS4, Xbox One, PC)
This story-driven Action-RPG is developed by Dontnod, the creators of Life is Strange. Investigate the mystery of the Spanish Flu in 1918 London as a doctor and newly awakened vampire, forced to choose which citizens you must feed on to survive and improve your vampiric powers and combat skills. Every single citizen has a unique role in London's ecosystem and each death will have dire consequences. Bound by your Hippocratic Oath will you choose power or principle?
Visit the official website

The Surge (PS4, Xbox One, PC)
The Surge is an Action-RPG set in a near-future dystopian Earth on the verge of collapse. The Surge features a unique combat system that allows you to precisely aim your weapon strikes to hack off enemy limbs and equipment to attach to your own exoskeleton.
Visit the official website

Farming Simulator 17 (PS4, Xbox One, PC)
After seducing millions of players worldwide with its previous versions, Giants Software brings its new iteration of Farming Simulator back to the newest generation of consoles and PC. The game will offer a load of new features to be unveiled at E3 2016!
Visit the official website

Space Hulk: Deathwing (PC)
Bring glory to the Emperor in this new first-person shooter with tactical elements from Streum On Studios. Based on the tabletop game of the same name, the creators of E.Y.E: Divine Cybermancy are bringing xeno-slaying terminator armour and the Warhammer 40,000 weaponry to Unreal Engine 4.
Visit the official website

Styx: Shards of Darkness (PS4, Xbox One, PC)
Styx is back with a thrilling new stealth adventure full of twists and turns in the sequel to Styx: Master of Shadows. Styx creeps back in a new adventure packed with bigger production, plenty of new features and a new engine: Unreal Engine 4.
Visit the official website

The Technomancer (PS4, Xbox One, PC)
The Technomancer is a sci-fi RPG set on Mars to be released on June 28, featuring dynamic combat and an epic story line, where your choices will affect the fate of the Red Planet. You are a Technomancer, a formidable warrior harnessing destructive electrical powers, ready to embark on a perilous journey across a planet torn apart by conflict and infested with mutant creatures.
Visit the official website

Shiness: The Lightning Kingdom (TBA)
The debut Action-RPG from Enigami brings you into the world of Mahera, where the power of Shi flows through each and every individual. Travel with Chado and his friends as you explore and battle your way through the Meonis Plains using fighting game mechanics like parrying, dodging, and super combos. Each character has a unique fighting mechanic and an explorative skill to solve the puzzles in Mahera's dungeons.
Visit the official website

To arrange a press appointment at E3 2016, please contact:
Back Back 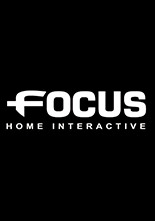